Home » Our Impact » What we have achieved

Since inception in 2012 to 31 December 2018, the ZADT Fund has managed to disburse a cumulative total of ZWL$91.7 million under its transactional business model through financial institutions. Financial Products through which this was processed included; Generic Working Capital and CAPEX, Climate Smart Agriculture, Access to Clean Technology, Risk Sharing products and Note Issuances. More than 200 agribusinesses benefitted from the funding through 360 loans meaning that some borrowers accessed the fund more than once. 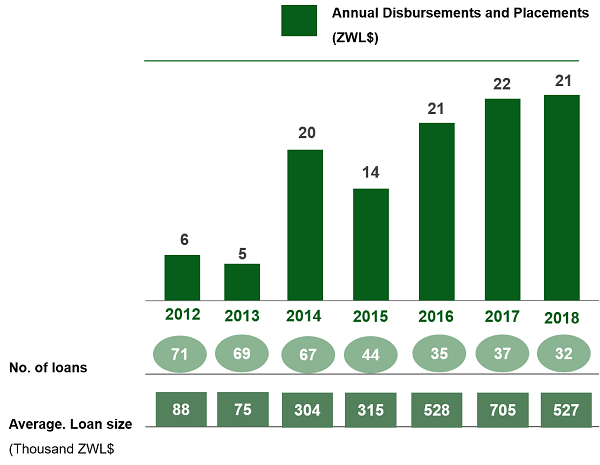 Cumulative disbursements from Inception in 2012 to 31 December 2018

Commodities supported through ZADT facility Since Inception to 31 December 2018 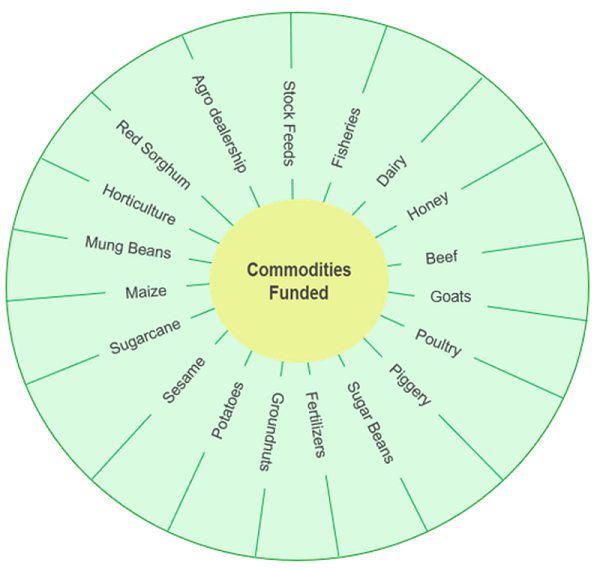 Figure 3 presents the major value chains supported through loans disbursed by banks and MFIs in 2018 alone. In terms of distribution, through banks, about 50% of loans fell within the stock feeds sub-sector namely (beef, and poultry). This was followed by sugarcane at 22%.  Amongst the least supported commodities was that for agro-dealership, which included agribusinesses offering once-off type of services to farmers e.g. agro-input distributors.

For MFIs, the ZADT availed funding on a once-off basis for the MFIs to on-lend to smallholder farmers involved in production of several agricultural commodities.

As presented in Figure 4, the total number of smallholder farmers who benefitted from the Fund disbursements in 2018 was 107,086 up from 36,379 in 2017. This represented an increase of 66%.  Over 70% of smallholder farmers reached were through agribusinesses who borrowed through commercial banks. These agribusinesses in turn impacted on the agricultural operations of farmers in different ways including the following, see Figure 5;

The remaining 30% of farmers were availed with direct micro loans through Micro Finance Institutions supported by ZADT. The cumulative number of farmers reached by the ZADT Fund since 2012 to December 2018 was 519,096. These comprised of 491,658 benefitting through funded Agribusinesses whilst 27,438 accessed microloans through MFIs.

An assessment was done to establish the impact of the ZADT Fund on the performance of funded agribusinesses. The assessment focussed on the extent to which the Fund contributed to changes in three main indicators namely annual turnover, capacity utilization and employment levels. The changes in the parameters were measured between the period when the facility was disbursed and when it matured.  The findings are presented in the Figure below. 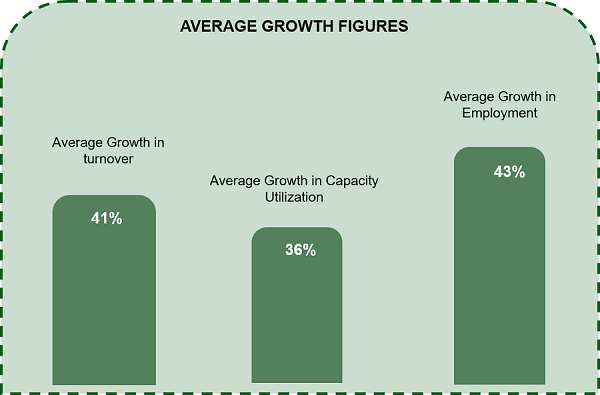